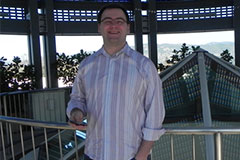 Keep up with Shawn Boday on Google Plus....

Keep up with Shawn Boday on LinkedIn....

Shawn Boday Charitable Action for the Make A Wish Foundation....

Shawn Boday, is the founder and President of Perday LLC and he has accrued more than 12 years of experience in the real estate investing industry. After attending the University of Washington and studying computer science, Shawn pursued his passion by opening his own company, purchasing his first building in 2005. Perday now focuses on properties in the Pacific Northwest, and has a keen interest in alleviating some of the recent strain on the local housing market caused by rapid expansion of monolithic companies in the region like: Google, Amazon, Apple, Microsoft and Facebook to name just a few.

Shawn helps his team identify, acquire and enhance affordable housing for many residents throughout Washington and the surrounding states, towns and areas within the Pacific Northwest including areas in Northern Idaho, Seattle, Cheney and the Spokane markets. Knowing that this part of the country is a desirable destination due to its natural beauty, Perday also works diligently foster and uphold environmental standards.

As large companies start making Seattle their home, Shawn and Perday are willing to work tirelessly to help local developers seek additional inventory in all areas of real estate. As the demand for spaces continues to rise for industries such as tech, Perday is here to support and help businesses keep up with the rapidly expanding culture that is venturing to Seattle.

In efforts to keep the Pacific Northwest beautiful, Shawn Boday and his team works alongside experts and innovative real estate developers to preserve as much of the natural wonders as possible. Unlike many involved in the real estate industry, Perday has a deep involvement with environmental protection and often partners with activists to ensure the security of various landscapes and natural surrounding.

In his spare time, Shawn Boday thoroughly enjoys time outdoors. Whether its winter sports or simply admiring the beauty that the state of Washington encompasses, he is happy to breathe in the fresh air that he shares with all of the wonderful employees, clients and vendors of his Perday development business.